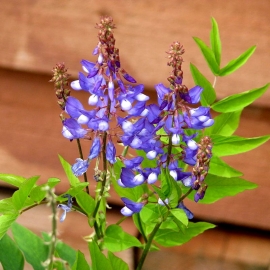 1.14 €
Galega orientalis, commonly known as Goat's Rue is an ancient ornamental plant that, throughout history has been extensively cultivated as a forage crop, a bee plant, as a green manure, a medicinal herb and as an ornamental.
Compare
Description Reviews Images
Categories