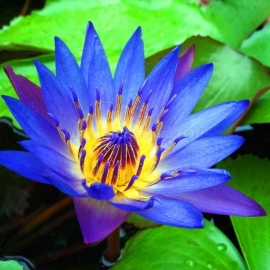 5.00 €
A life-loving flower that can easily settle in a reservoir of a garden plot. And it will serve not only as a decorative decoration, but also as a "mini-pharmacy" for home ambulance, and Lotus seeds are also considered an excellent aphrodisiac that allows
Compare
Description Reviews Images
Categories