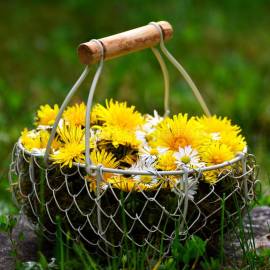 1.14 €
What's better than a plant that gives wishes when you puff its fluff? A plant that provides health benefits! Dandelion is an excellent food and medicine! Dandelion is most often thought of as a pesky weed that likes to take over our lawns and gardens.
Not available
Email when in stock
Description Reviews Images
Categories