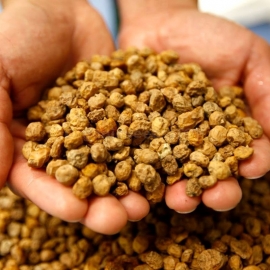 1.14 €
Chufa is the Spanish name for Earth Almond (Cyperus esculentus L.). In english the small nut like lumps are called Tiger Nuts. It is one of the plants which has been grown for the longest time in Egypt. There are proof of them being grown for over 6000y.
Compare
Description Reviews Images
Categories